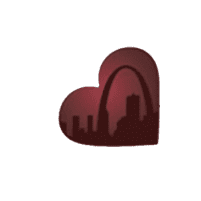 Whether you were born with a heart defect or suffered a heart attack or stroke that damaged your heart muscles, a pacemaker helps keep your heartbeat regular to ensure your blood properly circulates throughout your body. The nationally recognized cardiologists at St. Louis Heart and Vascular, with six offices throughout the St. Louis area, can fit you with a pacemaker that suits your unique needs. If you have a heart arrhythmia and think it might be a serious issue, call the nearest office in St. Louis, Des Peres, St. Charles, or Bridgeton, Missouri, or Granite City, Illinois, to get an expert diagnosis.

What is a pacemaker?

A pacemaker is a tiny device that gets placed under your skin near your chest to help regulate your heartbeat. Consisting of a pulse generator and several wires attached to your heart, a pacemaker monitors your heartbeat and delivers electrical impulses to your heart if your natural heartbeat falls below a certain level.

There are three common types of pacemaker:

This type of pacemaker carries electrical impulses to the right ventricle of your heart.

Similar to the single chamber pacemaker, this type carries electrical impulses to your heart’s right atrium in addition to the right ventricle, which helps control the timing of contractions between each chamber.

Reserved for those who experience heart failure, a biventricular pacemaker sends electrical impulses to both the right and left ventricles to assist the heart’s damaged electrical systems.

Who needs a pacemaker?

Your physician at St. Louis Heart and Vascular may recommend a pacemaker when they detect through electrocardiogram that your heart is having difficulty working on its own, which is generally indicated by heart arrhythmia.

Some common reasons you might experience an arrhythmia that requires a pacemaker include:

How is a pacemaker implanted?

A pacemaker implantation is an inpatient procedure that your physician performs while you’re awake under local anesthesia. During the procedure, your physician guides several flexible wires under a major vein near your collarbone and passes them along to your heart, observing progress through X-ray imaging.

Your physician affixes each of these wires to a specific location in your heart, and the other end of the wires connect to the pulse generator, which they insert under the skin beneath the collarbone.

After the procedure, your physician has you stay overnight to make sure you’re recovering well and that your pacemaker settings are correct.

One advantage to modern pacemakers is that your physician can check your pacemaker settings remotely, typically using radiofrequency signals or a cellphone app. Since these transmissions are sent automatically and indicate to your physician if something might be abnormal with your heartbeat, you’ll be able to go longer between trips to the office for pacemaker maintenance.

You’ll need to avoid heavy lifting and exercise for roughly a month after your procedure, and there are a few additional precautions you’ll discuss with your physician.

If you want to know more about whether you stand to benefit from a pacemaker, call the nearest office location today to schedule your consultation.